In preparation for climbing Mt. Fuji I decided to read the many blogs of those who had already tried, whether they were successful or not. I also had some of my own thoughts about climbing this most sacred and iconic mountain in Japan. All of these convinced me that in spite of the adverse weather forecast of rain and even thunderstorm, I would climb Mt. Fuji on July 25, 2019.

My eyes aren't as good as they used to be so a night ascent and descent were both impossible. Following the advice I read, I took warm clothes, gloves, a raincoat, a light, some water and snacks as well as a large camera (I wish I hand't brought the camera!). As a result, my backpack became quite heavy, but I hoped to use most of the things during the ascent.

I reached Fujinomiya 5th Station via the very first bus departing from Fujinomiya Station at 6:35 am. It was a very comfortable bus ride that delivered us to the 5th Station in 80 minutes. To ensure that I would return on the last bus at 7:00 pm I purchased a return ticket for ￥3000.

On arrival, Fujinomiya 5th Station was blanketed with fog but half an hour later, cleared. It was funny to find the same little sculpture of a frog hidden in the rocks that I’d previously seen in 2011! At the start of the Fujinomiya Trail I made a donation of ￥1000 and received the badge ‘Certificate of Cooperation in the Conservation of Mt. Fuji’.

Instead of staying at the station I decided to start the ascent slowly. My first surprise was a rather flat road and a lot of plants blooming as if in spring. But that flat road soon ended, giving way to a steep and stony trail. With the sun shining brightly it was very warm and wearing only a T-shirt and hat was enough. The views around were wonderful - bright blue sky with the sun and few clouds, bright green blooming plants and a grand panorama below!

I had expected crowds of people but there were none and so was able to greet each person I met with a "Konnichiwa!" Soon I began to feel a bit dizzy and my ascent slowed upon reaching the 6th Station. I also felt thirsty, despite drinking enough water. From that point on, progress was a constant struggle as I have some physical issues that aren't as obvious in normal daily life. The wind was gentle so I continued on in a T-shirt whilst carrying a backpack filled with seemingly useless warm clothes and a flask of hot tea.

My mind was blank as all my strength was spent on the physical struggle. Moving higher each step became harder and harder. I noticed that even for young people the ascent wasn’t easy on that stony trail. Some people wore protective helmets because the risk of falling down and hurting yourself on a stone was high.

I stopped after a few steps to breathe and clear my vision. Perhaps people with poor eyesight shouldn’t climb so high... Slowly, I made it to the New 7th, then the 7th and the 8th stations with wooden torii leading to the sky - it was fantastic to be surrounded by clouds! I was fascinated and happy but still my mind was free of any human thoughts. The views around me were breathtaking and I was also touched by the silence. There was no any sound of any kind, just absolute silence…

I made it halfway to the 9th station where I then paused. I had an important decision to make. With my physical condition, it would take me much longer to reach the summit. A night descent along the Fujinomiya Trail would be dangerous and there was also the constant threat of rain to consider. I hadn't planned on staying overnight on the mountain nor was travelling in the dark an option.

I decided to start my descent.

I love Japan very much! I like small towns of Japan where I can watch people doing their business and talk to them carefully. They're always friendly. I like Japanese gardens where I can just sit or walk and take my time. Also I like Shinto Jinja as being there I feel in peace. I like to watch sunsets and then to dine in some small local places. I like to soak into onsen after a long day of wandering. I like Japanese crafts very much as all items are made with great taste and skill. Nihon wo daisuki desuyo! 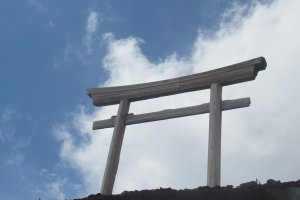 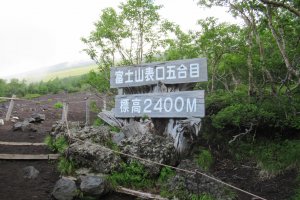 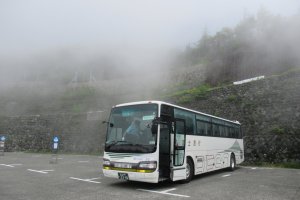 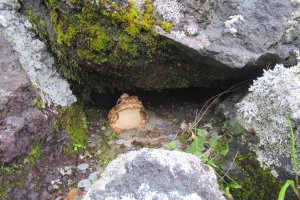 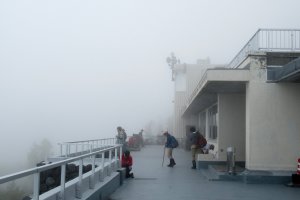 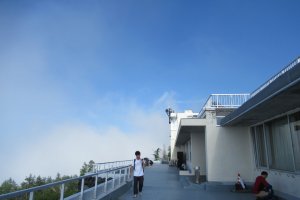